LIFT welcomes the participants of the Newcomer Filmmentor Program 2019

LIFT WELCOMES THE PARTICIPANTS
OF THE NEWCOMER FILMMENTOR PROGRAM 2019

Toronto, January 14, 2019—The Liaison of Independent Filmmakers of Toronto (LIFT) is pleased to welcome three newcomer filmmakers to our facilities to participate in the Newcomer Filmmentor 2019. In the past few years, we have become aware of an increased interest from newcomers who are either looking to translate their film experiences into a Canadian context or looking to transition into filmmaking. However, the challenges encountered on their part are apparent and understandably overwhelming. Through this mentorship, LIFT hopes to ease their transition process, while bolstering their creative and technical skills. 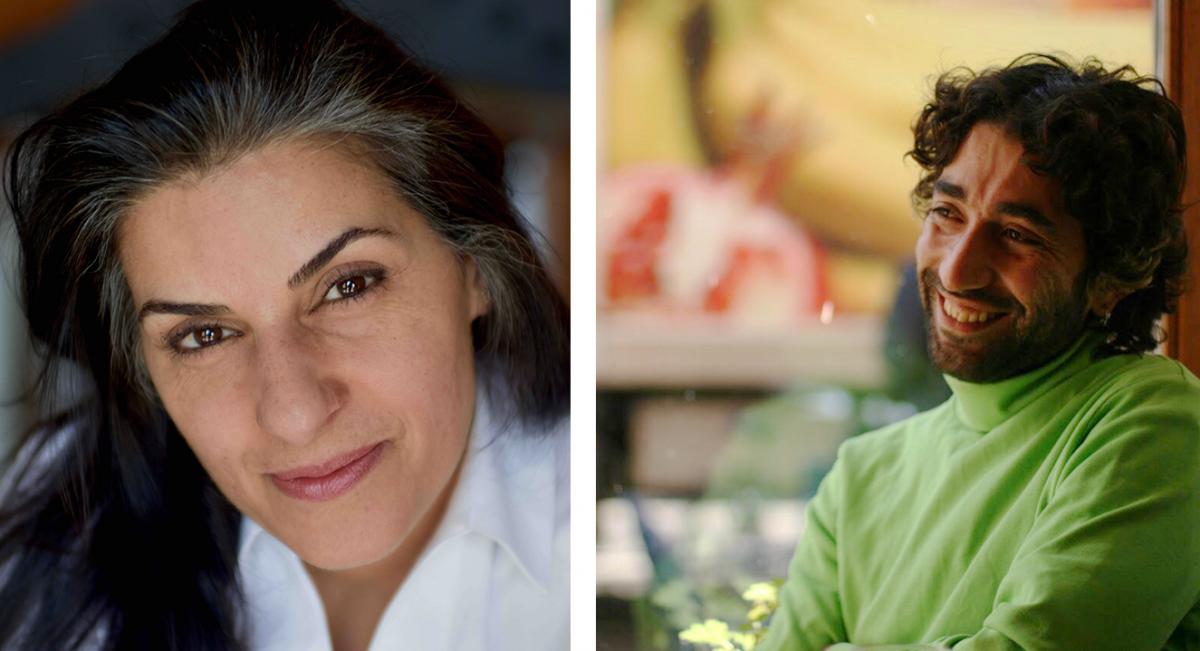 Mentee Nariman Ansari, Mentor Mary J. Daniel
“I find it hard to put into words how excited I am about this opportunity. I am very grateful to LIFT for creating a way for newcomers like myself to gain access to the Canadian filmmaking community and industry through this program. This will really help me find my way around.  And I look forward to learning from and collaborating with Mary; and exploring new ways to speak and build narratives.”
—Nariman Ansari

Nariman Ansari is a Toronto based visual artist of Pakistani origin. Proudly hailing from a family of renowned writers and television artists, Nariman has extensive experience working as a photographer and in the media industry of Pakistan. Her series of self-portraits on the deconstruction of the Pakistani woman’s stereotypes was published in the prestigious photo publication PIX in India, and she was also the Pakistani representative of the South Asian Women Photographers’ Conference in India. Soon after moving to Toronto, she joined Gallery 44 and SAVAC where she was invited for an Artist Talk. Her photography work has been exhibited world over at photography exhibitions and festivals including Pakistan, China, Indonesia, India, U.K. and U.S.A. She has also presented at the Promenade gallery, Mississauga as part of the CONTACT Festival. Over the last four years, she has been an Associate programmer for the Mosaic International South Asian Film Festival (MISAFF).

Mary J. Daniel is a veteran media artist and educator, with a background in experimental film, an intertwining documentary practice, and a long-standing fascination with narrative forms. She has a 25-year history of making hard-to-categorize works focusing on the poetry and artistry of ordinary experiences, including a feature-length study of everyday storytelling, a series of collaborative documentaries, and an award-winning anthology of poetic shorts. She has an MFA in film and video, and held university teaching positions in departments of communications, film, visual art, and design. Her films and videos have traveled to international, feminist, experimental and LGBTQ festivals; have screened at micro cinemas, cinematheques and galleries; and have featured in curated programs of Canadian works, including at the Kassel Documentary Festival and the Anthology Film Archive in NYC. She currently runs a freelance advising service, offering creative mentorship, practical support and individualized training tailored to the needs of artists, academics and non-profits.

Mentee Hussam Douhna, Mentor Aeyliya Husain
“I am really excited to participating in this mentorship. As a newcomer to Canada I’ll benefit from the guidance through the industry in general especially from the Canadian expert’s perspective. I hope to expand my professional network, and learn and improve some key skills that will help me in my new career path.”
—Hussam Douhna

“Building a career in filmmaking is challenging for any young artist but to do it when you are new to a country and its culture is extremely difficult—this program will benefit aspiring filmmakers new to the country. I’m excited about the mentoring role as I believe it is a learning experience not just for the mentee, but for myself as well.”
—Aeyliya Husain

Born and raised in Syria, Hussam Douhna found art and poetry in everyday life and was inspired by the energy and music of this ancient land, and by visionary directors like Omar Amiralay. After serving for seven years in managerial and marketing roles, the exploding civil war in Syria opened new paths, and he moved to Egypt, Lebanon, and Turkey, working to help refugees and others displaced by the humanitarian crisis. Canada offered him the security to return to his artistic roots, and since joining the advanced television and film program at Centennial College, he has served in a producer’s role for many films by his classmates. He has also written, directed and produced a number of short films of his own, as well as a full-length feature-in-progress on a Syrian Kurdish trans woman in Toronto. After 34 years, he is excited to finally achieve his childhood dream of becoming a filmmaker and to draw upon his cross-cultural background and deep roots in the Middle East to deliver a new artistic vision to Canadian and international audiences.

Aeyliya Husain is an award-winning documentary filmmaker whose work focuses on issues of representation, images of war and their interpretation, women, and photography. She has exhibited at festivals both nationally and internationally including, Tribeca Film Festival, San Francisco Docfest, Glasgow Short Film Festival and São Paulo Film Festival. Her latest film “The Fifth Region” will premiere at the imagineNATIVE Film + Media Arts Festival in October (2018). Her work has been supported by production grants from the National Film Board of Canada, Canada Council for the Arts, the Ontario Arts Council and the Toronto Arts Council and VICE Media. Husain holds an MFA in Film Production from York University (Toronto, Canada) and a BA from the University of Waterloo (Waterloo, Canada).

Mentee Maria Paz Ramirez Larrain, Mentor Faraz Anoushahpour
“I see in this mentorship program a way to immerse actively in the Toronto independent film community. I’m looking forward to network and meet future collaborators as well as the possibility to improve my professional skills by attending the workshops. I am convinced that mastering the art of filming is something that’s 80% given by the experience and practice and the skill, by learning how to creatively solve the challenge each project uniquely presents. In consequence, this experience based teaching-learning process resonates strongly with me. I see this mentorship program as a unique initiative that will help me transition from directing music videos to fiction and documentary making. As a recent newcomer, it is sometimes discouraging to navigate the grant system in Canada due to the lack of experience in the Canadian cultural industry. I see in this chance a real opportunity to start my filmmaker path with the guidance and the support of LIFT.”
—Paz Ramirez

“I am very excited to be able to take part in this inaugural mentorship program by LIFT. I share a deep-rooted understanding of the reality and challenges newcomer artists face arriving in a new country and I am committed to sharing the knowledge and experience that I have gained in the past few years working as a filmmaker and programmer.”
—Faraz Anoushahpour

Maria Paz Ramirez Larrain (Paz Ramirez) was born in Santiago, Chile. She is currently a permanent resident of Canada, obtained as a Self- Employed Artist. She studied Visual Arts in Chile, attended Film School in Buenos Aires, Argentina, and then Documentary Film in Santiago. Since 2010, Paz has worked as a 1st assistant director in feature films, TV Series and advertising. In 2013, she migrated to Toronto on her own, moved by the idea of living in a progressive and multicultural country. Then quickly began collaborating with local musicians and filmmakers, which led to Porch, a production company she founded with two other Canadian filmmakers. Porch’s main focus is music videos and digital content where Paz work as a Director and Executive Producer. She has directed four music videos for Canadian artists, including Lido Pimienta, Doomsquad and Petra Glynt. These positive and challenging experiences have given her the confidence to begin working on narrative and documentary projects. As an immigrant and a bisexual woman, she is prone to tell stories that take place in a gray area, an area of uncertainty or indeterminacy, an undefined place where that usually challenge people used to navigate a binary shaped world.

Any questions about this program can be directed to Education and Outreach Administrator Rolla Tahir at 416.588.6444 Ext. 223 or specialprojects(at)lift.on.ca

This program is made possible by the Toronto Arts Council’s Newcomer and Refugee Arts Engagement Grant.

Anyone wishing to support our programs can donate through Canada Helps.

About the Liaison of Independent Filmmakers of Toronto (LIFT)
LIFT is an artist-run charitable organization dedicated to facilitating excellence in the moving image through media arts education and production resources. LIFT exists to provide support and encouragement for independent filmmakers and artists through affordable access to production, post-production and exhibition equipment; professional and creative development; workshops and courses; commissioning and exhibitions; artist-residencies; and a variety of other services. Founded in 1981 by a small collective, LIFT has since grown to become one of the foremost centres of its kind globally. www.lift.ca