Toronto, November 3, 2016—The staff at the Liaison of Independent Filmmakers of Toronto (LIFT) are excited to welcome five Syrian newcomer youth to our facilities to participate in the Syrian Youth Filmmentor, during which five participants will learn all the main aspects of filmmaking to complete a short film in this intensive program.

Through a series of workshops, Syrian youths will be guided step by step to develop and express their ideas using the digital filmmaking process. Topics will include the fundamentals of storytelling, writing, cinematography, directing and editing, with an emphasis on hands-on learning and making a short film. Instructors are practicing filmmakers, resulting in direct exposure for students to filmmakers working in the field. Workshops will be taught in Arabic and/or English, depending on the needs of the participants.

Hanan is interested in film as a means to explore ideas, in particular experiences of women, their struggles and resilience. She hopes to learn film to make her ideas come to fruition.

Taiba arrived in Canada three months ago from Turkey. She is interested in film as a means of helping her explore and relay the depth of her experiences in Syria during the War as well as her struggles in Turkey.

Heba arrived in Canada 8 months ago from Turkey and is eager to adapt her experiences to film for others to see. She enjoys making people laugh and acting, and hopes to translate her love for comedy to film.

Sara’s love for films extends beyond narrative to costume, make up and music. Currently studying Neuroscience and Biology at the University of Toronto, she endeavors to keep her creativity alive through film.

Nour is interested in photography and filmmaking, particularly the art of editing. He completed a short documentary recently, after which he realized that he would like more instruction and training in the art of filmmaking.

The LIFT Syrian Youth Filmmentor was funded by the Canada Council for the Arts and Sun Life Financial through the Arts and Culture Welcome Refugees initiative.


LIFT would also like to thank the Syria Film Festival for their support with the program. 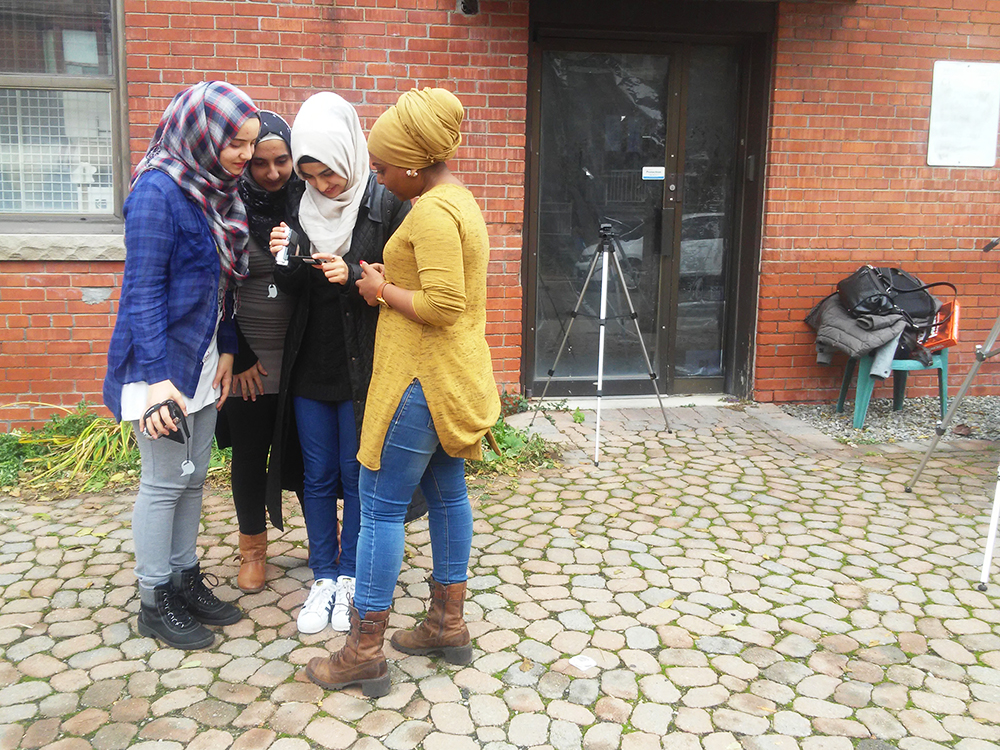